Monuments to the Vultures: Benedict Arnold and John Andre in British Visual and Material Culture

In 1943, Nazi Germany controlled most of Western Europe and the Allies were preparing for the invasion of Italy and France. Urged by American scholars to spearhead an international effort to save and preserve Europe’s cultural treasures, President Franklin D… END_OF_DOCUMENT_TOKEN_TO_BE_REPLACED 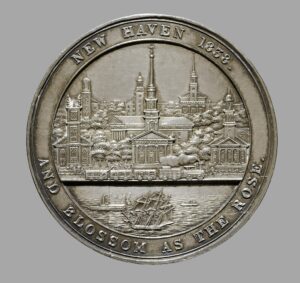 That Which Contributes Largely To Our Civic Pride: 150 Years of Public Art in New Haven 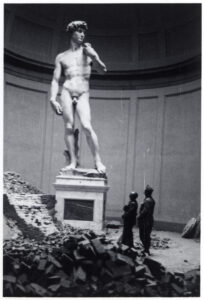 The purpose of this brief presentation is to share with you some information and thoughts I have regarding the different images, which scholars call “visual culture” of Christopher Columbus, right here in the Elm City… END_OF_DOCUMENT_TOKEN_TO_BE_REPLACED 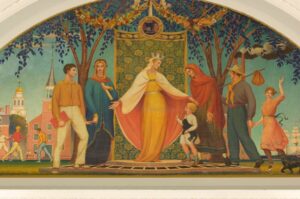 The Role of Public Art in Creating City Identity

Association for the Study of Connecticut History · April 2014 · 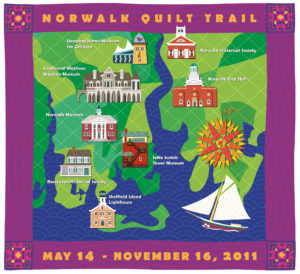 Seven local arts and cultural institutions joined in a unique collaboration to form the Norwalk Quilt Trail, a series of exhibits during 2011 in Fairfield County, Connecticut. The Quilt Trail spotlighted 100 quilts made and collected in Norwalk… END_OF_DOCUMENT_TOKEN_TO_BE_REPLACED

Museums in Norwalk, Connecticut · May to November 2011 ·